This week in Crawley we are being visited by hundreds of people brandishing a coloured cube in their hands. Why? We are hosting the ‘Crawley Open’ by ‘The World Cube Association’.

I must admit it’s been many a year since I lifted one of those damned cubes in anger but I believe I am one of the few people alive who openly admits that he never completed a whole cube…. EVER! At school I seem to recall that all my friends completed a Rubik’s Cube at least once in their lives, but not I. I was the person who achieved 4 sides and was considering how to peel off the sticky squares to achieve in ‘cheat mode’.
Growing up in the 80’s I think every child owned a Rubik’s cube at some point. I even recall attending a birthday party where a friend embarrassingly received three of the things at his (I’m guessing 10th) birthday party! 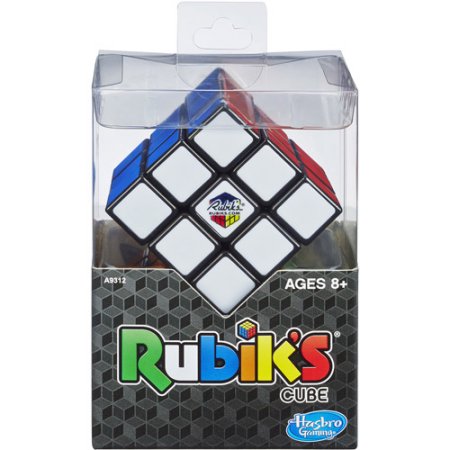 I decided I should learn a little more about this frustrating little plastic cube and it is surprisingly more interesting than one might think. It all started the year before I was even born, back in 1974. A Hungarian Professor of architecture in Budapest called Erno Rubik created the toy. His solid cube twisted and turned but it didn’t break or fall to bits. With red, blue, yellow, green, orange and white stickers on its sides, the Cube got scrambled and the world got its first Rubik’s Cube.

It took several weeks for the Professor to solve his puzzle the first time. He had calculated that it was of course possible but that only one combination of twists and turns would work. Little did he expect that the iconic Cube would become the world’s best-selling toy ever. When teaching, Erno was always looking for better ways to present information to his students, so he used the Cube’s first model to help him explain to his students about spatial relationships.

I wonder if he realised that by now people are able to solve his chaotic puzzle in just a few seconds.

Surprisingly, Professor Rubik has always thought of the Cube as art, a modern example of sculpture that encapsulates bewildering problems and triumphant intelligence; simplicity and complexity; stability and dynamism; order and chaos.

Whilst I can never claim to be in the same league as Professor Rubik, as a Schools Plus manager we are thrown a multitude of problems to solve every day, week and month. Each problem is like a square on Rubik’s cube that needs to slot into place with all the others to create a completed puzzle. Ensuring groups don’t overlap; that school facilities are returned to the schools in the same way we received them; ensuring that all our customers find a safe environment; that the spaces are correctly set at the correct time; and that our staff enjoy (in the most-part) their work.

So, whilst I still may yet never complete a Rubik’s cube; I get to solve my own puzzles every week!

@schoolsplus
Our latest customer update for the month of June: Whilst there may be some changes to guidelines safety for our sc… https://t.co/9WqtDeI7KN

@schoolsplus
We are delighted to be supporting the NHS Blood Donation during this time and helping to host them on a voluntary b… https://t.co/0OkoWcC1vt

@WHO
RT @WHO: It’s #InternationalNursesDay, the 200th anniversary of Florence Nightingale’s birth! Today, we #SupportNursesAndMidwives by celeb…